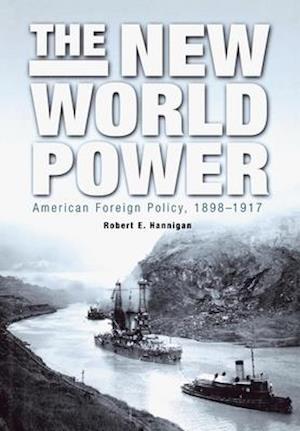 From the era of the Spanish American war onward, the United States found itself increasingly involved in the affairs of countries beyond North America. The New World Power offers an interpretive framework for understanding U.S. foreign policy during the first two decades of America's emergence as a world power. Robert E. Hannigan describes the aspirations of American leaders, explores the bedrock social views and ideological framework they held in common, and shows how the approach of U.S. policymakers overseas mirrored their attitudes toward domestic progressivism. While the vast bulk of work on U.S. foreign policy has been concerned with the period from World War II to the present, this comprehensive examination of American policy at the turn of the twentieth century is of vital importance to the comprehension of subsequent events.Hannigan relates U.S. foreign policy to domestic society in ways that are new; in particular, he examines how issues of class, race, and gender were combined in the ideology held by policy makers and how this shaped their approaches to foreign affairs. His study reveals a fundamental unity to U.S. activity throughout the period, not only toward the Caribbean and China, regions that have been the traditional focus of historians, but toward the rest of North and South America as well. It also relates these regional activities to American policy toward the British Empire, European great power rivalries, and international institutions, arbitration, and law, culminating in a reinterpretation of U.S. involvement in World War I.Based on exhaustive research in the writings of presidents, secretaries of state, and key diplomats and advisers, The New World Power draws parallels between the methods by which policy makers sought to shape international society and the methods by which many of them hoped to secure the conditions they wanted within the United States. Most important, the book describes how an international search for order constituted the fundamental strategy by which American leaders sought to ensure for the United States a position of what they saw as wealth and greatness in the coming twentieth-century world.