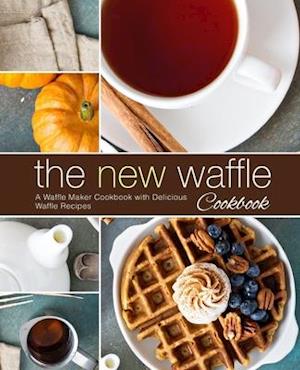 Waffle Wonders. Get your copy of the best and most unique Waffle recipes from BookSumo Press Come take a journey with us into the delights of easy cooking. The point of this cookbook and all our cookbooks is to exemplify the effortless nature of cooking simply. In this book we focus on Waffles. The New Waffle Cookbook is a complete set of simple but very unique Waffle recipes. You will find that even though the recipes are simple, the tastes are quite amazing. So will you join us in an adventure of simple cooking? Here is a Preview of the Waffle Recipes You Will Learn: 3-Grains Oatmeal Waffles Mexican Hash Brown Waffles Houston Waffles Cinnamon Pinwheel Waffles Belgian Waffles 101 Madison Oat Waffles Enhanced Toasted Waffles Ice Cream Waffle Sandwiches Country Cottage Waffles Banana Waffles with Extras Sweetened Flax Waffles Victorian Waffles Yam Waffles Twin City Waffles Light Oat Waffles Vegan Almond Waffles Crispy Waffles 101 How to Make a Liege Waffle July