The New Visibility of Religion 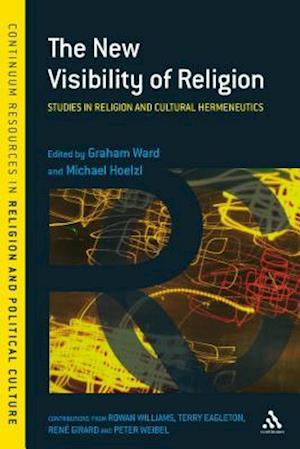 This is a unique collection of essays that brings together contributions from theology, aesthetics, social and political science, philosophy and cultural theory to examine the surge in the public visibility of religion.Since the late 1980s, sociologists have been drawing our attention to an international surge in the public visibility of religion. This has increasingly challenged two central aspects of modern western European culture: first, the assumption that as we became more modern we would become more secularised and religion would disappear; and secondly, that religion and politics should occupy radically differentiated spheres in which private conviction did not exert itself within the public realm. The new visibility of religion is not simply a matter of what Keppel famously called 'The Revenge of God', that is, the resurgence of Christian, Islamic and Jewish fundamentalism. Religion is permeating western culture in many different forms from contemporary continental philosophy, the arts and the media, to the rhetoric of international politicians.This collection of essays brings together a unique collection of voices from theology, aesthetics, social and political science, philosophy and cultural theory in an exploration of four major aspects of this new visibility of religion: the revision of the secularisation thesis, the relationship between religion and violence, the new re-enchantment of reality and the return of metaphysics.The exploration is conducted through essays by and interviews with figures at the forefront of reflecting upon this major cultural shift and its implications. It is distinctively multidisciplinary, examining the phenomenon of the rise of religion in Western Europe from a number of interrelated perspectives.In recent years the study of the nature and function of religion with respect to politics has seen enormous changes. This important series provides a range of books devoted to furthering this study, and aimed at those studying and researching in this area across both disciplines.Titles in this series look specifically at the relationship between religion and political culture. Drawing upon a broad range of religious perspectives, the series is open for studies of historical as well as current phenomena in political culture. It seeks not only to inform but to provoke debate at a time when religion is gaining increasing prominence in the public realm.