- The Hidden Story of Change in the Obama Era 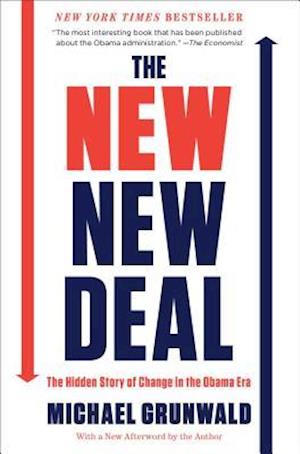 A New York Times bestseller, now with a new foreword by the author, The New New Deal is a riveting story about change in the Obama era--an essential handbook for citizens who want the truth about the president, his record, and his enemies. Drawing on new documents and interviews with more than 400 sources, award-winning reporter Michael Grunwald reveals the vivid story behind one of the most important and least understood laws in U.S. history, President Obama's $800 billion stimulus. Grunwald's New York Times bestseller shows how the politically disastrous stimulus was a real new New Deal, preventing a depression while jumpstarting the president's ambitious agenda for lasting change. It launched America's transition to a clean-energy economy, established the boldest education reform in U.S. history, overhauled the nation's antipoverty programs, and funded the most extensive infrastructure investments since Eisenhower's interstate highway system. This is the definitive account not only of a transformative law, but of a transformative president's first term.