indgår i serie Clarendon Lectures in Geography and Environmental Studies 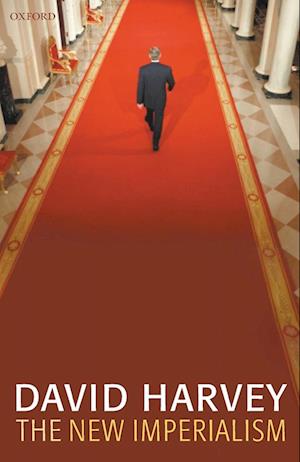 This concise book is an introduction to the role of international law in international relations. Written for lawyers and non-lawyers alike, the book first appeared in 1928 and attracted a wide readership. This new edition builds on Brierly's scholarship and his idea that law must serve a social purpose. Previous editions of The Law of Nations have been the standard introduction to international law for decades, and are widely popular in many differentcountries due to the simplicity and brevity of the prose style. Providing a comprehensive overview of international law, this new version of the classic book retains the original qualities and is again essential reading for all those interested in learning what role the law plays in international affairs. The reader will find chapters on traditional and contemporary topics such as: the basis of international obligation, the role of the UN and the International Criminal Court, the emergence of new states, the acquisition of territory, the principles coveringnational jurisdiction and immunities, the law of treaties, the different ways of settling international disputes, and the rules on resort to force and the prohibition of aggression.People around the world are confused and concerned. Is it a sign of strength or of weakness that the US has suddenly shifted from a politics of consensus to one of coercion on the world stage? What was really at stake in the war on Iraq? Was it all about oil and, if not, what else was involved? What role has a sagging economy played in pushing the US into foreign adventurism and what difference does it make that neo-conservatives rather than neo-liberals are now inpower? What exactly is the relationship between US militarism abroad and domestic politics?These are the questions taken up in this compelling and original book. Closely argued but clearly written, 'The New Imperialism' builds a conceptual framework to expose the underlying forces at work behind these momentous shifts in US policies and politics. The compulsions behind the projection of US power on the world as a 'new imperialism' are here, for the first time, laid bare for all to see.This new paperback edition contains an Afterword written to coincide with the result of the 2004 American presidental election.

Forfattere
Bibliotekernes beskrivelse Revised and updated for the first time in fifty years, this new edition of a classic text of international law provides the ideal introduction to the field for students and scholars alike. It introduces the key themes and ideas within international law in concise, clear language, building on Brierly's idea that law must serve a social purpose.Is it a sign of strength or of weakness that the US has suddenly shifted from a politics of consensus to one of coercion on the world stage? What was reall