- Authorising History in the Vernacular Revolution 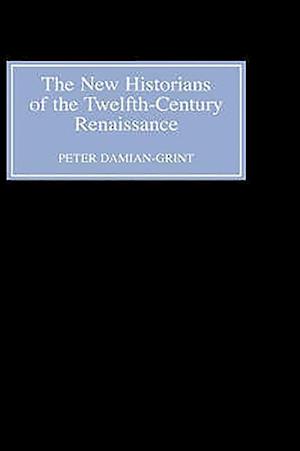 The mid-twelfth century saw the sudden appearance of a remarkable group of writers: the "new historians", authors such as Geffrei Gaimar, Benoit de Sainte-Maure, Wace, Jordan Fantosme and Ambroise, who were the earliest historical writers to use French. Each had his own style and authorial persona; yet together, despite their considerable differences, they pioneered a common form of historical writing which is quite distinct from the styles of previous vernacular writers. This book studies some of the more characteristic elements of the common style used by the vernacular historians. Their detached and "self-conscious" authorial presentation is particularly notable: it is seen both in the prologues and epilogues to their works, where they present their source materials as reliable, themselves as serious scholars, and their works as worthy of belief, and constantly throughout the text as the historians direct audience response to their work. The author shows how this "historical" style fits into both the vernacular and the Latin literature current in the period: the vernacular historians borrowed elements from both the learned and the popular traditions to produce their own successful and vigorous hybrid, one which was still producing new shoots as late as the fifteenth century and which was widely copied and imitated by both writers of courtly romance and by writers of prose history. Dr PETER DAMIAN-GRINT teaches at Brasenose College, Oxford.

Forfattere
Bibliotekernes beskrivelse Examination of the striking new style of writing history in the twelfth century, by men such as Gaimar, Wace and Ambroise.