- Putin's Threat to Russia and the West 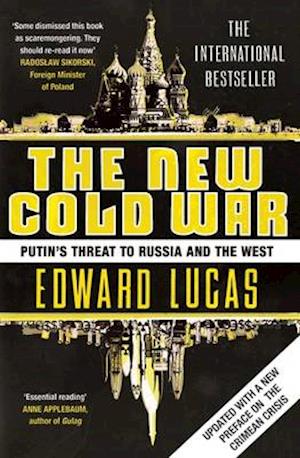 Revised and updated with a new preface on the Crimean crisis While most of the world was lauding the stability and economic growth that Vladimir Putin's ex-KGB regime had brought to Russia, Edward Lucas was ringing alarm bells. First published in 2008 and since revised, The New Cold War remains the most insightful and informative account of Russia today. It depicts the regime's crushing of independent institutions and silencing of critics, taking Russia far away from the European mainstream. It highlights the Kremlin's use of the energy weapon in Europe, the bullying of countries in the former Soviet empire, such as Estonia, Georgia and Ukraine - and the way that Russian money weakens the West's will to resist. Now updated with an incisive analysis of Russia's seizure of Crimea and its destabilisation of Ukraine, The New Cold War unpicks the roots of the Kremlin's ideology and exposes the West's naive belief that Putin's sinister and authoritarian regime might ever be a friend or partner.

Forfattere
Bibliotekernes beskrivelse The first book to explain how the Kremlin's increasingly authoritarian and aggressive stance threatens Europe, America and the world.