- Vol 3: A Risk Analysis of the Corporate/Radical-Right Axis 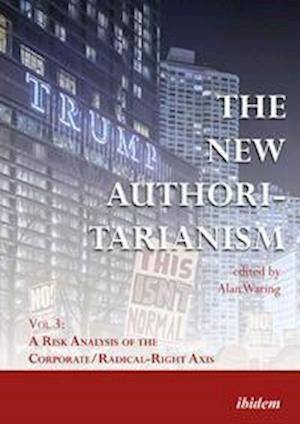 This volume continues the series that scrutinizes, from a risk perspective, the current phenomenon of authoritarianism, as displayed by the new radical right (also known as alternative right), and whether it represents 'real' democracy or an unacceptable hegemony potentially resulting in elected dictatorships and abuses as well as dysfunctional government and harm to many parties.

The book identifies and analyzes risk issues arising from the radical-right phenomenon in many forms, including the personal safety and security of individual citizens, ethno-religious minorities, and other minorities and vulnerable groups, as well as threats to organizations, public order and national security, to democratic governance, and to international security. As chapters reveal, the cross-flow of ideological, organizational, and 'dark money' support emanating primarily from US corporate foundations, lubricates the fusion of corporate and radical-right interests nationally, transnationally, and globally.

This volume gathers contributions from eight leading academic authors and provides a detailed examination of the fusion of mutual interests between, on the one hand, powerful corporate leaders, executives, and wealthy oligarchs and, on the other, radical-right political leaders, parties and intermediary organizations promoting radical-right causes. The two worlds feed off, enable, and strengthen each other. Of particular relevance to the third decade of the 21st century is an examination of the corporate/radical-right stance on the COVID-19 pandemic and the phenomenon of wild allegations and grand conspiracy theories disseminated by the radical-right against their enemies.