The New Adventures of Don Quixote 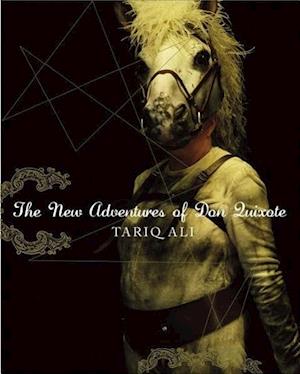 MULE. Who created us? ROCINANTE. What kind of dumb question is that? The great master Cervantes, of course. Who else? MULE. God. ROCINANTE. Listen you obstinate fool. We're animals. We don't have to believe in God. That's meant for the superior species. MULE. Why did Cervantes create us? ROCINANTE. Because he was a genius. I think he made me a bit like himself. But those who ride us were not so lucky. Tariq Ali's latest play, The New Adventures of Don Quixote, can be read as homage to German poet and playwright Bertolt Brecht as much as a playful tribute to Cervantes's masterwork. The central characters from the original novel, Don Quixote and Sancho Panza, are mounted on their beasts of burden, Rocinante and the Mule, and Ali has them ride into the twenty-first century, where they are confronted by old vices familiar to them: war, greed, ethnic and religious prejudices, disappointed love, and economic crisis. Their story is satirical, and their songs are sad and angry. But there are odd moments of happiness for Quixote, when he imagines that a wounded US colonel is Dulcinea and allows himself to be seduced by her in a military hospital in Germany.Primarily interested in discovering the meaning of life and how it is molded by the world in which we live, Ali's theatrical device is the conversation between the two animals - Rocinante the philosopher and Mule the everyman who questions her relentlessly. Accompanied by numerous color performance stills of the play from its 2013 production in Germany, this volume is as intellectually stimulating as it is uproariously humorous.

Forfattere
Bibliotekernes beskrivelse A play, that can be read as an homage to German poet and playwright Bertolt Brecht. It features Don Quixote and Sancho Panza, who are mounted on their beasts of burden, Rocinante and the Mule, and Ali has them ride into the twenty-first century, where they are confronted by old, familiar vices: war, greed, disappointed love, and economic crisis.