- The Extraordinary Life of Nellie Cashman 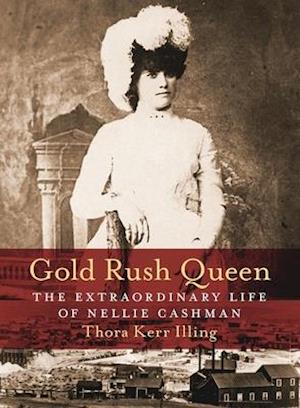 Nellie Cashman (1845--1925) was an irrepressibly courageous adventurer and pioneer. Born in Ireland, she came to Boston with her family to escape the terrible famine there. When she heard of the gold mining, she moved west. She traveled to San Francisco by steamship via Panama only to be lured north by the promise of gold and for thirty years she followed the mining hotspots, opening up restaurants and boarding houses to take advantage of the economic boom. Her natural optimism told her that the mother lode was surely just over the next horizon, and when one venture failed, she wasted no time on regrets. She traveled from San Francisco to northern British Columbia to Tombstone, Arizona, where she became friends with the likes of Wyatt Earp. She then moved north to Alaska and the Klondike. She often traveled and camped the snowy wastes alone at a time when well-bred women wore tight corsets and entertained each other to tea. Nellie was probably never happier than when camping out on a frozen river under the stars. She became a philanthropist and famously generous. She was constantly raising funds to build hospitals or schools, or to rebuild communities after fires.