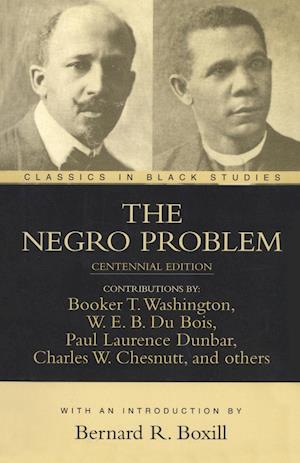 One hundred years ago, African Americans looked forward to the new twentieth century with mixed feelings of pride and discouragement. On the one hand, they could point to the tremendous progress many of them had made since the end of slavery under the dynamic leadership of Booker T. Washington, whose thriving vocational school, the Tuskegee Institute, was famous throughout the nation. Washington had become the confidant of powerful and influential white Americans, and in 1901 he even dined with President Theodore Roosevelt at the White House. But on the other hand, the majority of white Americans showed little willingness to accept blacks as equals, and in the South segregation was practically institutionalized through the recently enacted Jim Crow laws. It was at this uncertain time that this interesting collection of articles by leading African American citizens was published to address what was then commonly known as "the Negro problem."Looking back at this synopsis of African American affairs one can get a good sense of both the progress made and the problems yet to be overcome, some of which have still not been fully addressed. Predictably, the collection begins with a piece by Booker T. Washington on the value and purpose of stressing industrial education for black Americans. This is followed by a now-famous article by W. E. B. Du Bois called "The Talented Tenth," in which he argued for the cultivation of an elite corps of black intellectuals who would then work to uplift the African American masses. Though Du Bois later changed his approach, one can see in this article how different his philosophy was from Washington's, a difference that later led to a complete break between the two men. The other contributors are Charles W. Chesnutt, Wilford H. Smith, H. T. Kealing, Paul Laurence Dunbar, and T. Thomas Fortune, who discuss the disenfranchisement of blacks; the broader subject of the law and the rights of African Americans; real versus perceived characteristics of people of color; and outstanding representative black Americans, some famous, others little-known. The collection concludes with a sober assessment of "the Negro's place in American life."Issued in the centennial year of its original publication, this new edition of a valuable classic is complemented by an informative introduction by Bernard R. Boxill, professor of philosophy at the University of North Carolina, Chapel Hill.