- Report of a Social Study Made under the Direction of Atlanta University; Together with the Proceedings of the Eighth Conference for the Study of the Negro Problems, held at Atlanta University, May 26th, 1903 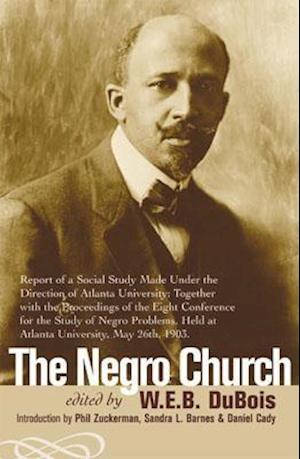 First published in 1903, The Negro Church is not only the first extensive, in-depth sociological study of African-American religion specifically, but it is the first book-length sociological study of religion in general undertaken in the United States. Employing an array of historical, interview, survey, and participant-observation research methods, The Negro Church explores multiple aspects of African-American religious life in the early years of the twentieth century, from church finances to public opinion to denominational diversity to belief. This volume-primarily written by Du Bois himself-grew out of one of the groundbreaking "Study of Negro Problems" conferences organized by Du Bois while he was at Atlanta University. A new introduction gives the historical context of the work and demonstrates its continuing importance for sociologists, historians, religion scholars, and anyone interested in the religious institutions of African Americans over the last century.