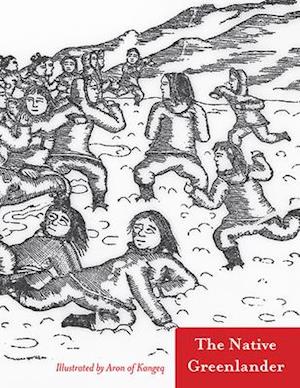 In recent decades, cognitive neuroscience research has increased our understanding of how the brain learns, retains, and recalls information. At the same time, social psychologists have developed insights into group dynamics, exploring what motivates individuals in a group to give their full effort, or conversely, what might instead inspire them to become free loaders. Art and Science in the Choral Rehearsal explores the idea that choral conductors whobetter understand how the brain learns, and how individuals within groups function, can lead more efficient, productive, and enjoyable rehearsals. Armed with this knowledge, conductors can create rehearsal techniques which take advantage of certain fundamental brain and social psychology principles. Through suchapproaches, singers will become increasingly engaged physically and mentally in the rehearsal process. Art and Science in the Choral Rehearsal draws from a range of scientific studies to suggest and encourage effective, evidence-based techniques, and can help serve to reset and inspire new approaches toward teaching. Each chapter outlines exercises and creative ideas for conductors and music teachers, including the importance of embedding problem solving into rehearsal, the use of multiple entry points for newly acquired information, techniques to encourage an emotional connection tothe music, and ways to incorporate writing exercises into rehearsal. Additional topics include brain-compatible teaching strategies to complement thorough score study, the science behind motivation, the role imagination plays in teaching, the psychology of rehearsal, and conducting tips and advice. All of thesebrain-friendly strategies serve to encourage singers' active participation in rehearsals, with the goal of motivating beautiful, inspired, and memorable performances.This volume of folk tales collected by Heinrich Rink, by native Greenlanders, is the translation of the first book printed in Greenland. Rink began his career as an administrator based at the Moravian mission at Godthaab, on the southwest coast of Greenland. He used the press to produce both official notices and literary works. Rink was determined to collect legends and folk tales of Greenland natives and publish them, an ambition achieved in these volumes, published over a five year span. Rink collected oral tales from throughout Greenland, although mainly in the southern area he administered. The remarkable oral tradition of the Inuit, unaffected by few outside influences, is traced through their history on the land. Many of the stories describe the clashes between the Norse and the Inuit. Rink recognized that some of the tales existed in the realm of pure myth, but that others represented recollections, passed from one generation to the next, of events of many centuries earlier.Translated from Danish, this is the first English translation of these stories. Illustrations are by Aron of Kangeq, a sealer and walrus hunter who lived at the Moravian mission at the small trading station of Kangeq. His illustrations of the oral storytelling tradition have gained status as a symbol of the new artistic tradition developed in Greenland in the mid-19th century.

Forfattere
Bibliotekernes beskrivelse Art and Science in the Choral Rehearsal explores strategies based in cognitive neuroscience and social psychology studies, supported by an understanding of good teaching practices, to increase singer engagement in both rehearsal and performance.Collected by Heinrich Rink, this is the translation of the first book printed in Greenland. 11