The National Movement in Scotland 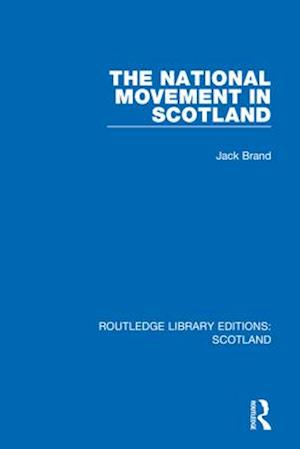 Originally published in 1978, but now re-issued with a new Preface by James Mitchell, this volume traces the rise of the SNP, with special emphasis on explaining the increase of the National Party vote in Scotland from the early 1960s to the late 1970s. The book draws much of its information from interviews with members and ex-members of the SNP, including some who helped to found the party in 1928. In describing the movement and giving an account of its main features, the author begins with a discussion of various aspects of Scottish society which have contributed to the growth of nationalism. These include the political developments of the Labour movement, the economic history of 20th Century Scotland the development of youth culture and in particular, the interest in folk music, as well as developments in the Church, the army, and the press.