- The Rise and Fall of America's First Prison for Drug Addicts 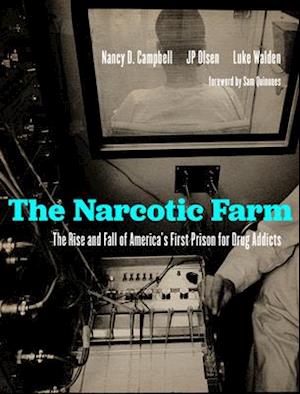 From 1935 until 1975, just about every junkie busted for dope went to the Narcotic Farm. Equal parts federal prison, treatment center, farm, and research laboratory, the Farm was designed to rehabilitate addicts and help researchers discover a cure for drug addiction. Although it began as a bold and ambitious public works project, and became famous as a rehabilitation center frequented by great jazz musicians among others, the Farm was shut down forty years after it opened amid scandal over its drug-testing program, which involved experiments where inmates were being used as human guinea pigs and rewarded with heroin and cocaine for their efforts.

Published to coincide with a documentary to be aired on PBS, The Narcotic Farm includes rare and unpublished photographs, film stills, newspaper and magazine clippings, government documents, as well as interviews, writings, and anecdotes from the prisoners, doctors, and guards that trace the Farm's noble rise and tumultuous fall, revealing the compelling story of what really happened inside the prison walls.