The Name of the Blade, Book One: The Night Itself

indgår i serie Name of the Blade 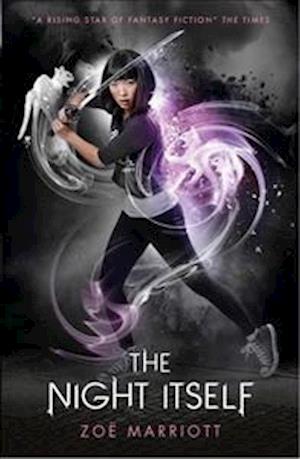 First in an urban fantasy trilogy set in London"For fans of Maggie Stiefvater and Cassandra Clare" - Booktrust. Ancient Japanese gods and monsters are unleashed on modern-day London in the first in an epic trilogy from an acclaimed fantasy writer. When Mio steals a priceless ancestral sword from her parents' attic, she just wants to spice up a fancy-dress costume. But the sword is much more than some dusty antique and her actions unleash a terrible, ancient evil onto the streets of unsuspecting London. Soon Mio realizes that if she cannot keep the sword safe, and learn to control its legendary powers, she will lose not only her own life ... but the love of a lifetime.