The Myth of the Imperial Presidency 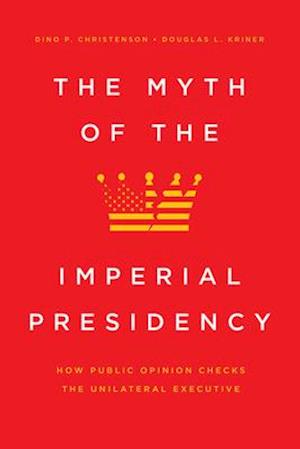 Throughout American history, presidents have shown a startling power to act independently of Congress and the courts. On their own initiative, presidents have taken the country to war, abolished slavery, shielded undocumented immigrants from deportation, declared a national emergency at the border, and more, leading many to decry the rise of an imperial presidency. But given the steep barriers that usually prevent Congress and the courts from formally checking unilateral power, what stops presidents from going it alone even more aggressively? The answer, Dino P. Christenson and Doulas L. Kriner argue, lies in the power of public opinion. With robust empirical data and compelling case studies, the authors reveal the extent to which domestic public opinion limits executive might. Presidents are emboldened to pursue their own agendas when they enjoy strong public support, and constrained when they don't, since unilateral action risks inciting political pushback, jeopardizing future initiatives, and further eroding their political capital. Although few Americans instinctively recoil against unilateralism, Congress and the courts can sway the public's view via their criticism of unilateral policies. Thus, other branches can still check the executive branch through political means. As long as presidents are concerned with public opinion, Christenson and Kriner contend that fears of an imperial presidency are overblown.