The Myth of American Democracy 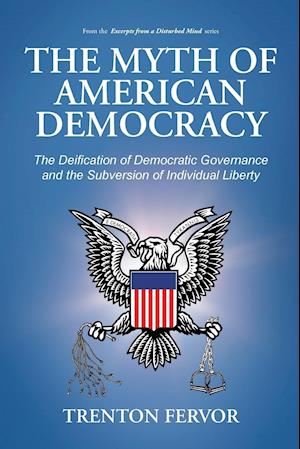 In his current work, Trenton Fervor-author of The Last Individual: The Ascendancy of the Sociomaniacal Mindset-delivers a critical exposition of democracy and its defects. The Myth of American Democracy is an unapologetic critique of the American political system and an attempt to dismantle the mystique perpetuated to sanctify and sanction it.

Fervor entreats the reader to reexamine the notion of democracy and its attendant processes absent the sophistic demagoguery-and to more closely consider the actual nature of the institution, and the establishment behemoth which inhabits and advances it. The reader is encouraged to confront the myth and deception which pervade the contemporary conception of democracy, and to accept the reality that the democratic emperor is naked.

Democracy today is in truth fundamentally absurd: its premise is that an ideologically coherent, consistent, and efficient social policy program can be constructed by formulating each aspect of the overall program through a process of majoritarian amalgamation of contradictory, incongruent, and confrontational views.

The Myth of American Democracy is an important rebuke of conventional democratic orthodoxy which will challenge readers to reevaluate their sympathies for the system. This book is recommended reading for everyone who has wrestled with the troubling suspicion that there is something inherently dubious and defective about the democratic system.