The Mystique of Saint John 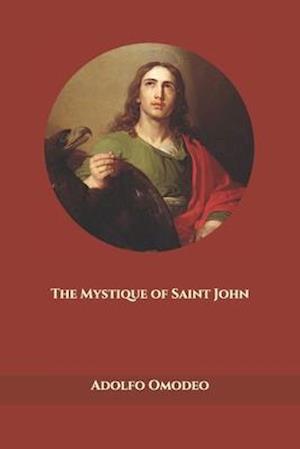 This work ideally continues my History of Christian Origins, but proceeds at a different pace and on a different scale. I had to pause longer, with analytical detail and with greater penetrative and exegetical effort, to understand a fundamental document of Christian history, such as the Fourth Gospel: from which hangs the full understanding of the Christian myth, of the ecclesiastical conscience, and of the further history of dogma: which for a large part is nothing more than the more or less faithful, more or less arbitrary exegesis of the two great lyrical statements of the Johannine prologue: the eternal generation of the Logos from God the Father, and the incarnation. It is not up to me to define what this work of mine brings to all the immense Johannine literature, nor, perhaps, even if I wanted to, I could do it. However, I can say what the main intention of my long research was. I have tried to group together three different critical approaches which take place in divergent lines, and from whose one-sidedness I believe derive many of the inadequacies of Johannine criticism. One of these addresses strives to understand the Johannine Gospel exclusively as an ecclesiastical document, in its theology, (and as a theological interpretation it very often excludes the religious significance). Another struggles to understand the basic concepts of the Gospel in the links with the whole history of religions - religionsgeschichtlich, as it is commonly said - and he hardly hears the problems of particular Christian history. A third research examines with keen eye the literary structure of the texts, indifferent to the other problems. I searched, within the limits of my strength, to compare these three researches as much as possible and to integrate them reciprocally: to revive the ancient concepts, revealed by the historical-religious research, in a productive form, which is enriched and transformed in the very process of Christianity, within the problems that arose in the church of Christ; and to determine the philological problems of the text in this historical course. And even if my results appear insufficient or incorrect, I believe that this should be done. The extensive research should end with a complete commentary on the texts: for which I have all the material ready. But editorial opportunities advise me to carry on the critical essay on mysticism, as a work in itself, and in itself. However, to facilitate the understanding of the problems, which are not always easy.