indgår i serie Critical Conjunctures in Music and Sound 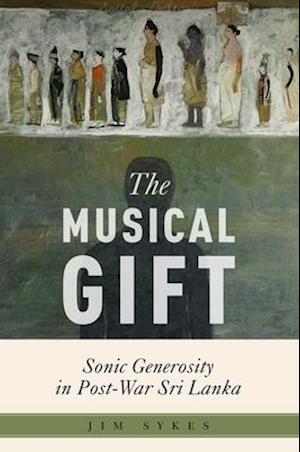 Global Change and Forest Soils: Cultivating Stewardship of a Finite Natural Resource, Volume 36, provides a state-of-the-science summary and synthesis of global forest soils that identifies concerns, issues and opportunities for soil adaptation and mitigation as external pressures from global changes arise. Where, how and why some soils are resilient to global change while others are at risk is explored, as are upcoming train wrecks and success stories across boreal, temperate, and tropical forests. Each chapter offers multiple sections written by leading soil scientists who comment on wildfires, climate change and forest harvesting effects, while also introducing examples of current global issues. Readers will find this book to be an integrated, up-to-date assessment on global forest soils.The Musical Gift tells Sri Lanka's music history as a story of giving between humans and nonhumans, and between populations defined by difference. Author Jim Sykes argues that in the recent past, the genres we recognize today as Sri Lanka's esteemed traditional musics were not originally about ethnic or religious identity, but were gifts to gods and people intended to foster protection and/or healing. Noting that the currently assumed link between music andidentity helped produce the narratives of ethnic difference that drove Sri Lanka's civil war (1983-2009), Sykes argues that the promotion of connected music histories has a role to play in post-war reconciliation. The Musical Gift includes a study of how NGOs used music to promote reconciliation in Sri Lanka,and it contains a theorization of the relations between musical gifts and commodities. Eschewing a binary between the gift and identity, Sykes claims the world's music history is largely a story of entanglement between both paradigms. Drawing on fieldwork conducted widely across Sri Lanka over a span of eleven years-including the first study of Sinhala Buddhist drumming in English and the first ethnography of music-making in the former warzones of the north and east-this book bringsanthropology's canonic literature on "the gift" into music studies, while drawing on anthropology's recent "ontological turn" and "the new materialism" in religious studies.

Forfattere
Bibliotekernes beskrivelse The Musical Gift tells Sri Lankan music history as a story of exchange between humans and nonhumans, and between human communities defined by difference. Sykes argues that histories of sonic generosity have a role to play in fostering reconciliation in post-war Sri Lanka. 30 photos.PRIZES:Winner of Winner of the Bruno Nettl Prize from the Society for Ethnomusicology.