Music of a Thousand Hammers

- Inside Habitat for Humanity 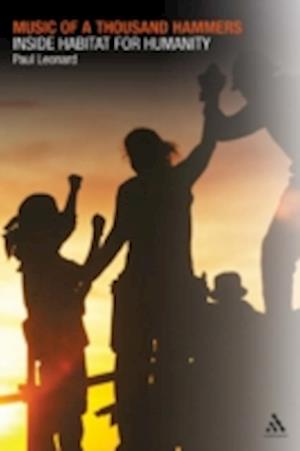 Habitat for Humanity International focuses on two goals. The first is to build as many houses as it can, using the principles of sweat equity, no interest, no-profit, volunteer-driven construction- one house, one family at a time-in every corner of the world. Today Habitat is completing a house somewhere in the world every 26 minutes (20,000 per year). Habitat also attempts to make housing a matter of conscience everywhere. Habitat wants everyone to understand that it is morally and socially unacceptable for any human being not to have a simple, decent place to sleep at night. Yet, all is not well in the Habitat household. In late 2004, Habitat's founder Millard Fuller was forced out of his job by the board of directors of the Christian homebuilding ministry. The announcement that Fuller was stepping down came near the end of a tumultuous year for Fuller and the Americus, Georgia-based organization that he co-founded in 1976 with his wife, Linda. The year included allegations against Fuller by a female employee of inappropriate behavior and a struggle concerning the organization's future.The shakeout, now apparently complete, could affect Habitat for years. Part memoir, part history of Habitat, and part expose, Leonard's book provides a glimpse into the shattered world of an organization built on the trust of the recipients of its labors.

Forfattere
Bibliotekernes beskrivelse Habitat for Humanity International focuses on building as many houses as it can, using the principles of no profit and volunteer-driven construction in every corner of the world. Part memoir, part history of Habitat, and part expose, this book provides a glimpse into the world of an organization built on the trust of the recipients of its labours.