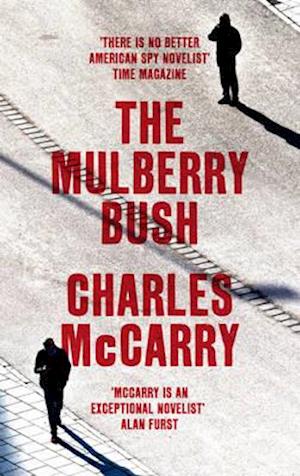 I became a spy because my father before me was a spy. Although I am, for the time being, hiding something from you. In a rose garden in Buenos Aires, a young American spy meets the beautiful daughter of a famous Argentinian revolutionary. They fall in love. But he is no ordinary spy - and she is no ordinary woman. For he has a hidden agenda: to avenge his father, who died penniless and friendless on the streets of Washington. In Luz, he seems to have found an ally for his secret mission. But, as his fate becomes further entwined with hers, he soon finds himself caught in a perilous web of passions, loyalties and lies that stretches back to the darkest days of the Cold War.

Forfattere
Bibliotekernes beskrivelse A young spy seeks to avenge his father's lonely death by infiltrating the agency he deems responsible - the CIA.