The Movie Adventures of Eva Jordan 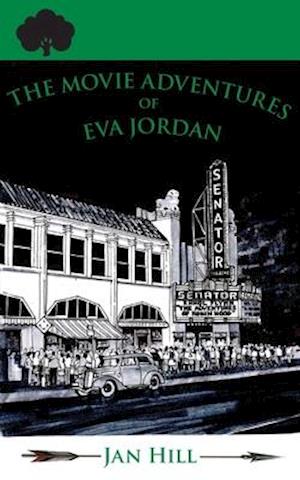 As she sits daydreaming in her seventh-grade classroom one September afternoon in 1937, Eva Jordan finds a curious note from her friend Ned. He hints that a Hollywood crew is about to descend upon their small northern California town to make a movie about Robin Hood, the legendary medieval archer who robbed the rich to help the poor. Eva, who has not yet been allowed by her parents to attend a movie, suspects Ned is joking or has his facts wrong. But within a short few weeks, she is watching the filming of The Adventures of Robin Hood. She realizes that Ned, who has suddenly and confusingly become more than a friend, is changing, is growing up, as she is, even though he still sometimes acts like a "dumb boy." The two pal around Chico together more and more as the autumn days unfold, and together they try out as "extras" in the movie-and to their surprise, are chosen. Meanwhile, their much-admired teacher has started talking at length about a civil war raging in Spain. He explains that the socialist forces, who are mostly poor, are currently fighting the fascist forces, who are mostly rich, and who have illegally seized power. Eva sees parallels to the Robin Hood story, and then suddenly, their teacher is gone, accused by the school board of being a communist. Bewildered and worried, Eva learns that Errol Flynn, who plays Robin Hood in the movie, recently traveled to Spain to see the war firsthand, and returned with a call for peace. Along with their school friends, Eva and Ned devise what they know is a crazy plot to surprise Flynn on the movie set, introduce themselves, and beg for his help in their teacher's cause by appealing to his "Robin Hood" side. Things don't go exactly the way they planned, but in the end, chaos returns to order, and Eva and Ned sit happily with their classmates watching the movie they not only saw being filmed, but actually appear in.