The Most Controversial Qur'anic Verse 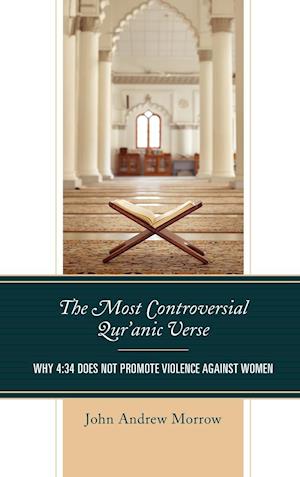 A fourteen centuries old consensus by Islamic religious authorities has upheld the belief that God has granted husbands the right to beat their wives. Previously, the only element up for debate was the degree of severity, the instrument of the beating, and the limit to the damage allowed. This startling assertion, which shocks human sensibilities, is confirmed by hundreds of Qur'anic commentaries and works of Islamic jurisprudence authored over the course of the past millennia and a half.Despite the lies of propagandists and the ignorance of apologists, who claim that "Islam prohibits domestic violence," the fact of the matter is that the Islamic Tradition and Law allow husbands to inflict corporal punishment on their wives. In fact, it was only in the late twentieth and early twenty-first centuries that a small number of translators and scholars started to insist upon alternate interpretations.In this pivotal, courageous, and timely analysis, which works diligently and minutely to separate truth from falsehood, right from wrong, the moral from the immoral, and the ethical from the unethical, Dr. John Andrew Morrow provides an exhaustive study of the second part of the Quranic text, 4:34, the Wife Beating Verse. Like Titan, who bears the weight of the heavens upon his shoulders, Morrow takes on the entire corpora of Islamic Tradition. With scientific precision, he interprets the verse by the verse, itself, the verse by related verses, the verse in the light of the Qur'an, the verse in light of prophetic traditions that permit domestic violence, the verse in light of other traditions that expressly prohibit violence against women, the verse in its historical context, the verse in light of reformist reinterpretations, the verse in light of the spirit of Islam, the verse from a Sufi perspective, and the verse in light of Qur'anic variants. Along the way, the author delicately and defiantly dispels misogynistic misinterpretations of the Word of God while slashing and burning the sexist sayings that were attributed to the Prophet Muhammad. In so doing, he may well save Islam from those traditionalists and misogynists who claim to speak in God's name.