The Morality of Conflict 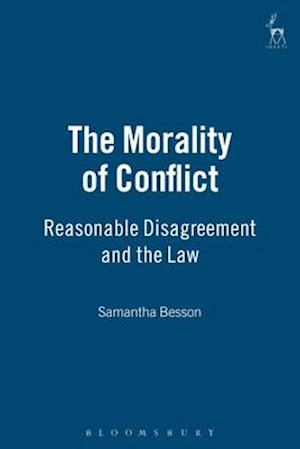 This book explores the relationship between the law and pervasive and persistent reasonable disagreement about justice. It reveals the central moral function and creative force of reasonable disagreement in and about the law and shows why and how lawyers and legal philosophers should take reasonable conflict more seriously. Even though the law should be regarded as the primary mode of settlement of our moral conflicts,it can, and should, also be the object and the forum of further moral conflicts. There is more to the rule of law than convergence and determinacy and it is important therefore to question the importance of agreement in law and politics. By addressing in detail issues pertaining to the nature and sources of disagreement, its extent and significance, as well as the procedural, institutional and substantive responses to disagreement in the law and their legitimacy, this book suggests the value of a comprehensive approach to thinking about conflict, which until recently has been analysed in a compartmentalized way.It aims to provide a fully-fledged political morality of conflict by drawing on the analysis of topical jurisprudential questions in the new light of disagreement. Developing such a global theory of disagreement in the law should be read in the context of the broader effort of reconstructing a complete account of democratic law-making in pluralistic societies. The book will be of value not only to legal philosophers and constitutional theorists, but also to political and democratic theorists, as well as to all those interested in public decision-making in conditions of conflict.