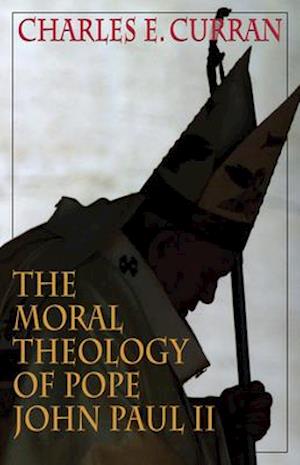 Pope John Paul II is the second-longest serving pope in history and the longest serving pope of the last century. His presence has thrown a long shadow across our time, and his influence on Catholics and non-Catholics throughout the world cannot be denied. Much has been written about this pope, but until now, no one has provided a systematic and thorough analysis of the moral theology that underlies his moral teachings and its astonishing influence. And no one is better positioned to do this than Charles E. Curran, widely recognized as the leading American Catholic moral theologian. Curran focuses on the authoritative statements, specifically the fourteen papal encyclicals the pope has written over the past twenty-five years, to examine how well the pope has addressed the broad issues and problems in the Church today. Curran begins with a discussion of the theological presuppositions of John Paul II's moral teaching and moral theology. Subsequent chapters address his theological methodology, his ethical methodology, and his fundamental moral theology together with his understanding of human life.Finally, Curran deals with the specific issues of globalization, marriage, conscience, human acts, and the many issues involved in social and sexual ethics. While finding much to admire, Curran is nonetheless fiercely precise in his analysis and rigorously thoughtful in his criticism of much of the methodological aspects of the pope's moral theology - in his use of scripture, tradition, and previous hierarchical teaching; in theological aspects including Christology, eschatology, and the validity of human sources of moral wisdom and knowledge; and in anthropology, the ethical model, and natural law. Brilliantly constructed and fearlessly argued, this will be the definitive measure of Pope John Paul II's moral theology for years to come.