- The Grit and the Glory of Cycling's Greatest One-day Races 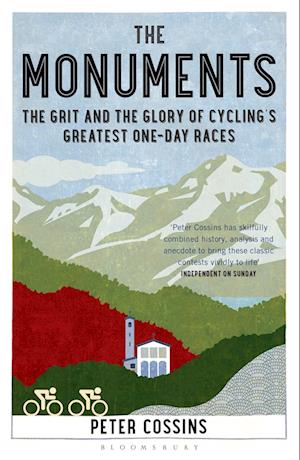 An awe-inspiring history of the five most legendary 'classic' races in world cycling.'Peter Cossins is an engaging writer whose conversational style makes this an effortless yet interesting read. The cosy tone delivers a great deal with a good balance of history and anecdotes. If you wish to explore cycling beyond the Grand Tours this is the book.' Carlton KirbyThe Tour de France may provide the most obvious fame and glory, but it is cycling's one-day tests that the professional riders really prize. Toughest, longest and dirtiest of all are the so-called 'Monuments', the five legendary races that are the sport's equivalent of golf's majors or the grand slams in tennis. Milan-Sanremo, the Tour of Flanders, Paris -Roubaix, Liege-Bastogne-Liege and the Tour of Lombardy date back more than a century, and each of them is an anomaly in modern-day sport, the cycling equivalent of the Monaco Grand Prix.Time has changed them to a degree, but they remain as brutally testing as they ever have been. They provide the sport's outstanding one-day performers - the likes of Philippe Gilbert, Fabian Cancellara, Mark Cavendish, Tom Boonen, Peter Sagan and Thor Hushovd - with a chance to measure themselves against each other and their predecessors in the most challenging tests in world cycling. From the bone-shattering bowler-hat cobbles of the Paris-Roubaix (rumoured to be Bradley Wiggins' next challenge) to the insanely steep hellingen in the Tour of Flanders, each race is as unique as the riders who push themselves through extreme exhaustion to win them and enter their epic history. Over the course of a century, only Rik Van Looy, Eddy Merckx and Roger De Vlaeminck have won all five races. Yet victory in a single edition of a Monument guarantees a rider lasting fame. For some, that one victory has even more cachet than success in a grand tour. Each of the Monuments has a fascinating history, featuring tales of the finest and largest characters in the sport. In The Monuments Peter Cossins tells the tumultuous history of these extraordinary races and the riders they have immortalised.