The Monarchy, the Estates and the Aristocracy in Renaissance France 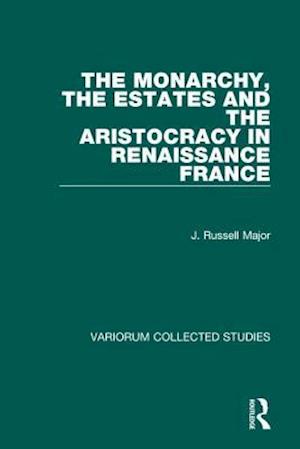 Professor Major's aim in these articles has been to stimulate new assessments of the political, constitutional and social history of France in the 15th - 17th centuries. The first group examines the nature of the Renaissance monarchy, its strengths and its weaknesses and lack of effective controls. The next group explores the issue of why the Estates General, and some of the provincial estates, failed to develop in France, in marked contrast to the triumph of representative government in England. Finally, the author turns to the question of how the nobles succeeded in remaining the dominant social class. On the one hand, he traces the evolution of a patron-client relationship which compensated for the decay of the feudal ties of the Middle Ages; on the other, he challenges assumptions made of a decline in nobles' incomes, and contends that, so long as they held on to their lands and could escape the depredations of war, for most of the period they actually benefited from a marked increase in real income.