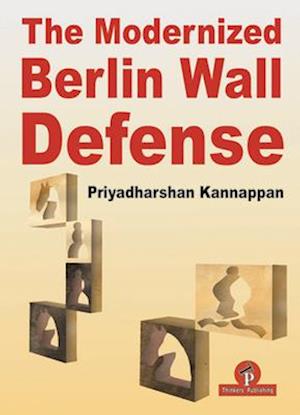 The Berlin Defense is one of the most popular openings for Black against 1.e4 for the last two decades in the higher echelons of the chess world. In this book, the critical ideas are explained in a way that even Club players will feel the confidence to add this evergreen opening to their repertoire by explaining the opening concepts lucidly in such a way that anyone who reads this Book will have the courage to play Berlin in their games. In this book, GM Priyadharshan Kannappan has chosen some off-beat tracks on the Berlin endgame and also has considered 4.d3 as the mainline of Berlin, the 1st for any Berlin book, but is a modern necessity due to the increasing popularity of 4.d3.The book packs enough punch in novelties for the opening aficionados, and this up to date book presents new ideas and variations that were previously never shed light on in the Berlin. GM Priyadharshan has given equal importance to the various sidelines that lead up to the Berlin endgame, and also in the Berlin endgame, and has suggested options where Black actively fights for dynamic positions, and not just gets satisfied with equal positions.The book also has 100 games suggestion that one must study to improve their overall understanding of the various pawn structures and ideas involved in the Queenless endgame.