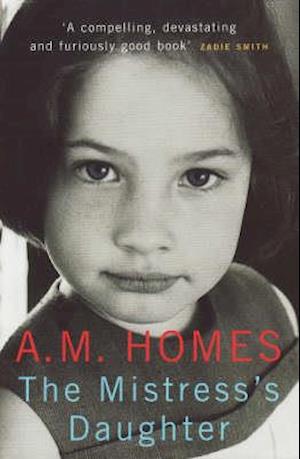 On the day that A. M. Homes was born in 1961, she was given up for adoption. Her birth parents were a twenty-two year old woman and an older married man with whom she was having an affair. Thirty years later, out of the blue, Homes was contacted by a lawyer on behalf of her birth mother, and they began to correspond; her biological father contacted her soon after. These two individuals and their effect on the adult Homes are strange and unexpected, and the story spirals into something utterly raw and hilarious, heartbreaking and absurd. Along the way, Homes describes the clash between her childhood fantasies of her birth parents and the disappointing reality. She writes about the experience of experiencing biological resemblance for the first time (in 'My Father's Ass') and the addictiveness of the genealogical research she embarks on. She reflects on the significance of DNA testing and having two mothers and two fathers and unearths profound truths about her family and herself. Finally, she writes movingly about her own baby daughter and the way she has recently helped to mend Homes' fractured life.

Forfattere
Bibliotekernes beskrivelse 'A compelling, devastating and furiously good book written with an honesty that few of us would risk' Zadie Smith ports.