The Mistress of Illusions 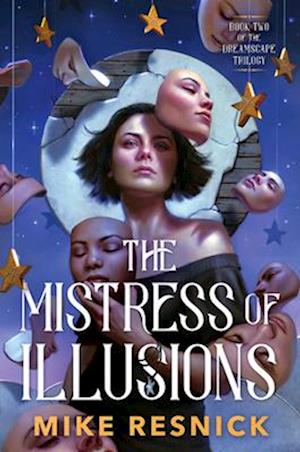 The second installment of a fantasy trilogy from a Hugo award-winning author, this novel offers an adventure through space and time as Eddie Raven tries to outrun the dark forces pursuing him. Her name is Lisa, and ever since Eddie Raven hooked up with her, strange things keep happening. How strange? Lisa can take on any role at a moment's notice. She's Maid Marian. She's Elizabeth Bennett from Pride and Prejudice. In an instant, she can become the sexy, gum-chewing secretary to his hard-boiled detective. She can even become Doc Holliday's frontier lady, Big Nose Kate. But who is she really? That's something Eddie's got to find out before this series of strange adventures, which began in The Master of Dreams, overtakes him. And if Lisa's not enough of a problem, there's also the powerful creature who claims to be the chief demon in hell, who seems convinced that he, Eddie, and Lisa are on the same side. Is Eddie being told the truth? He'd better decide quickly, because the one thing that's clear is that he's running out of time.