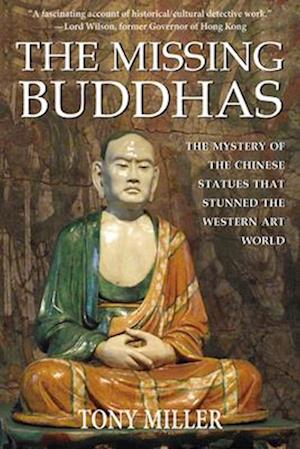 In the early 1900s, as chaos reigned in China, a group of life-size glazed terracotta Buddhist monks started appearing on the antiques market and caused a sensation in the West, being both exquisite and completely unlike anything else ever seen in Chinese art. Museums and collectors around the world competed for them, but who made them and when? And where had they been hidden before they suddenly emerged into the light? The Missing "Buddhas" tells the story of these statues and unravels the question of their origins. For the past century, scholars, curators and connoisseurs have seemed mesmerized by the myth created by a German dealer that the monks were hidden in inaccessible caves southwest of Beijing to save them from barbarian invaders. But Tony Miller takes a scalpel to this tall tale and both debunks the myth and discovers their true history. In doing so, he opens a window on a fascinating period in Chinese history and introduces an extraordinary cast of characters as he leads the reader clue by clue to the real origins of these beautiful enigmas.