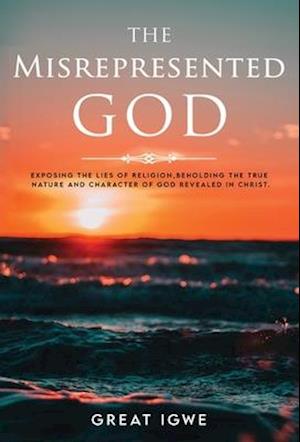 Throughout history, the knowledge of God - His nature, character, and actions - has been misunderstood and misrepresented by those who are considered leaders in Christendom. This is why the average person, whether Christian or non-Christian, is quick to attribute any major bad events, occurrences, or actions as the will or deeds of God. If there is an earthquake, a global pandemic, a terrorist attack, or a mass shooting, people's first instinct is to believe that God is somehow judging the world or punishing the world for it atrocities, or maybe God is angry at the rise of the LGBTQ in the world. It's so despairing to think that a child who is so loved, adored, and valued by his father would have such a misinformed perception and mentality that he would believe that all the evil happening around him or to him is the work of his beloved Father. Every parent's greatest fear is for his children to have a wrong impression about him/her. Despite the good works the parent do for the child, as long as that child's mindset, knowledge, or perception towards his father is skewed, every good thing will be seen as undercover evil, and bad events in that child's life will be blamed on the parent.

The Misrepresented God tells the truth about who the Creator is. This book analyzes what religion says about God's heart and personality and measures it up to what God revealed about Himself through his beloved Son Jesus Christ. So many Christians have been bombarded with confusing teachings and doctrines that their understanding and knowledge of God describes Satan rather than God. This book takes that twisted mess and replaces it with one soft, warm light of truth that anyone can embrace: God is love. Nothing punctures the heart of every loving father like seeing that his children don't even know him or that they have a misguided view of him to the point they believe that he is the cause of their sickness and pain.