The Miscellany of the Spanish Golden Age 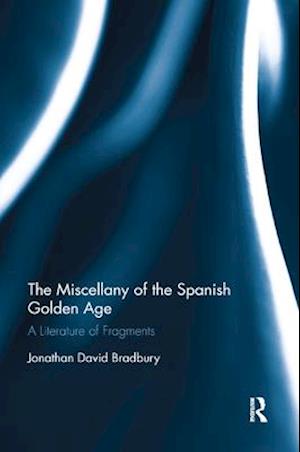 Taking up the invitation extended by tentative attempts over the past three decades to construct a functioning definition of the genre, Jonathan Bradbury traces the development of the vernacular miscellany in sixteenth- and seventeenth-century Spain and Spanish-America. In the first full-length study of this commercially successful and intellectually significant genre, Bradbury underlines the service performed by the miscellanists as disseminators of knowledge and information to a popular readership. His comprehensive analysis of the miscelanea corrects long-standing misconceptions, starting from its poorly-understood terminology, and erects divisions between it and other related genres. His work illuminates the relationship between the Golden Age Spanish miscellany and those of the classical world and humanist milieu, and illustrates how the vernacular tradition moved away from these forebears. Bradbury examines in particular the later inclusion of explicitly fictional components, such as poetic compositions and short prose fiction, alongside the vulgarisation of erudite or inaccessible prose material, which was the primary function of the earlier Spanish miscellanies. He tackles the flexibility of the miscelanea as a genre by assessing the conceptual, thematic and formal aspects of such works, and exploring the interaction of these features. As a result, a genre model emerges, through which Golden Age works with fragmentary and non-continuous contents can better be interpreted and classified.