The Mingjia and Related Texts

- Essentials in the Understanding of the Development of Pre-Qin Philosophy 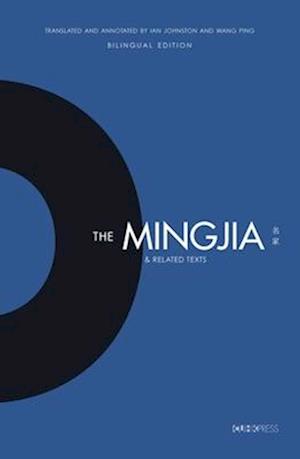 ESSENTIALS IN THE UNDERSTANDING OF THE DEVELOPMENT OF PRE-QIN PHILOSOPHY The Mingjia (School of Names) is a notional grouping of philosophers first recorded as such in the Shiji. Their identifying feature was a concern with linguistic issues particularly involving the correct use of names. The origin of this concern is taken to be Lunyu XIII.3. The group, as listed in the Han Shu, comprised seven men living between the sixth and third centuries BC. Only four of these men have extant writings attributed to them (Deng Xi, Yin Wen, Hui Shi and Gongsun Long) and in three of these there are issues of authenticity. Nevertheless, it is an important group for an understanding of the development of pre-Qin philosophy as the men themselves and the concepts they explored feature prominently in the writings of the other schools. The present work contains four sections: (i) the extant writings of the four men; (ii) all significant references to them in other works up to the fourth century AD; (iii) other significant writing on the topics up to that time; and (iv) four appendices on specific issues concerning the school.