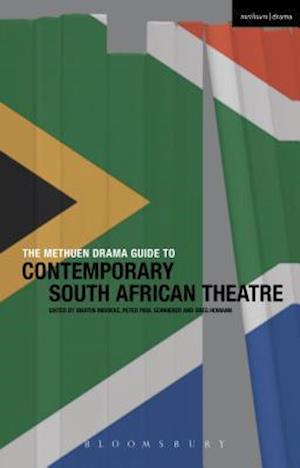 South Africa has a uniquely rich and diverse theatre tradition which has responded energetically to the country's remarkable transition, helping to define the challenges and contradictions of this young democracy. This volume considers the variety of theatre forms, and the work of the major playwrights and theatre makers producing work in democratic South Africa. It offers an overview of theatre pioneers and theatre forms in Part One, before concentrating on the work of individual playwrights in Part Two. Through its wide-ranging survey of indigenous drama written predominantly in the English language and the analysis of more than 100 plays, a detailed account is provided of post-apartheid South African theatre and its engagement with the country's recent history.Part One offers six overview chapters on South African theatre pioneers and theatre forms. These include consideration of the work of artists such as Barney Simon, Mbongeni Ngema, Phyllis Klotz; the collaborations of William Kentridge and the Handspring Puppet Company; the work of Magnet Theatre, and of physical and popular community theatre forms.Part Two features chapters on twelve major playwrights, including Athol Fugard, Reza de Wet, Lara Foot, Zakes Mda, Yael Farber, Mpumelelo Paul Grootboom, Mike van Graan and Brett Bailey. It includes a survey of emerging playwrights and significant plays, and the book closes with an interview with Aubrey Sekhabi, the Artistic Director of the South African State Theatre in Pretoria.Written by a team of over twenty leading international scholars, The Methuen Drama Guide to Contemporary South African Theatre is a unique resource that will be invaluable to students and scholars from a range of different disciplines, as well as theatre practitioners.