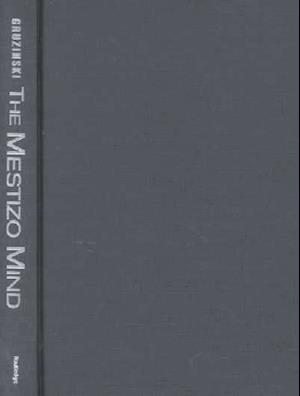 Mestizo: a person of mixed blood; specifically, a person of mixed European and American Indian ancestry.Serge Gruzinski, the renowned historian of Latin America, offers a brilliant, original critique of colonization and globalization in The Mestizo Mind. Looking at the fifteenth-century colonization of Latin America, Gruzinski documents the melange that resulted: colonized mating with colonizers; Indians joining the Catholic Church and colonial government; and Amerindian visualizations of Jesus and Perseus. These physical and cultural encounters created a new culture, a new individual, and a phenomenon we now call globalization. Revealing globalization's early origins, Gruzinski then fast forwards to the contemporary melange seen in the films of Peter Greenaway and Wong Kar-Wai to argue that over 500 years of intermingling has produced the mestizo mind, a state of mixed thinking that we all possess.A masterful alchemy of history, anthropology, philosophy and visual analysis, The Mestizo Mind definitively conceptualizes the clash of civilizations in the style of Homi Bhabha, Gayatri Spivak and Anne McClintock.