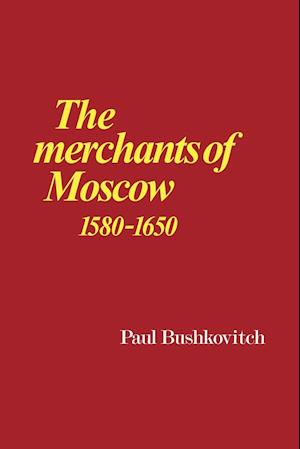 Using evidence drawn from archives in Moscow, Professor Bushkovitch challenges conventional analyses of trade and industry during this period. The Merchants of Moscow 1580-1650 examines the formation of the merchant class in Russia before the reforms of Peter the Great, focusing on the role of the Muscovite merchants in the establishment of foreign and domestic trade and commerce. Bushkovitch places the merchants of Moscow within the context of Eastern Europe, a region whose economic complexities and contradictions make it a more apt standard for comparison than the Western European nations against whom the merchants are usually measured. By shifting his focus to Eastern Europe, Bushkovitch is able to re-evaluate their position in the state and other branches of the Russian economy as well as their role in international commerce. Rather than presenting them as debilitated by an absolutist state whose demands depleted their time and wealth, Bushkovitch finds that the merchants of Moscow were a stable and prosperous group whose activities were central to the emerging Russian economy and whose relations with the state formed a contradictory pattern of dependence and independence.