The Mental Slavery That Undermines Self-Reliance, Unity and Development Among AF 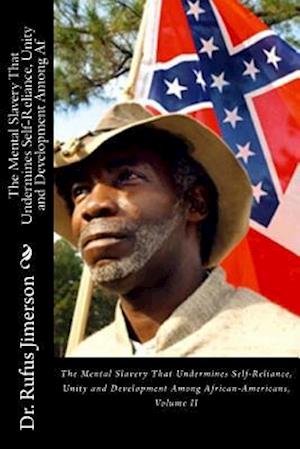 The purpose of the second volume of this book is to see how appeals to xenophobic, racist and nativist politics led by Trump and the Republican Party causes an upsurge in PTSS among black conservatives and those who are trying to fit-in. There is a backlash against by self-determining, Afrocentric, blacks against the self-hatred and self-destruction perpetuated by PTSS and assimilationists. The latter, surrogates of white nationalism, are "mental slaves" derived from the "house slaves or servants" of previous generations. Today, they are among the most renowned black jurist, entertainment and media celebrities, scholars, politicians, retired physicians, ranked law enforcement officers, etc. The liberators that make blacks aware of the challenges, injustices and the knowledge needed to overcome PTSS are identified. They present the knowledge of our ancestral self-imprinted in the DNA. The purpose of presenting the truth about Black Americans long and glorious past before slavery is to refocus the mind from the false belief that our history began with American enslavement. According to the statements of "house slaves and servants" on the behalf of white conservatives, slavery under the Christian and benevolent white masters saved blacks from savagery and "eating each other." In contrast, this book debunks this and other white supremacist notions that are detrimental to our well-being. In doing so, it provides a well-researched approach to mitigate PTSS and elevate one's potential.