- How Language is Represented in the Mind 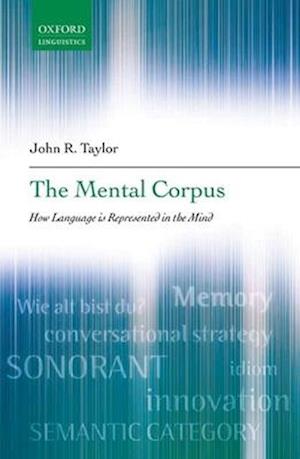 This book presents a radical reconceptualization of the nature of linguistic knowledge. John Taylor challenges the conventional notion that a language can be understood in terms of the interaction of syntax with a lexicon, the second listing the words and the first the rules for combining them. He proposes instead that an individual's knowledge of a language can be thought of as a repository of memories of linguistic experience. Each encounter with the language, heargues, leaves a trace in our minds. We record the forms of utterances, the concepts and interpretations associated with them, and the contexts in which they were heard or seen. Features of incoming language - a word, a phrase, a meaning, a voice quality, an interactional situation - resonate withitems already stored. Similarities between stored items give rise to generalizations of varying degrees of certainty and precision, which in turn are able to sanction new and innovative expressions.John Taylor writes with conviction, clarity, and wit, illustrating every stage of his argument with arresting examples. His account makes a profound and original contribution to understanding the nature of language and the operations of the mind and brain. His book will appeal in equal measure to linguists, philosophers, and cognitive scientists.

Forfattere
Bibliotekernes beskrivelse John Taylor argues that an individual's knowledge of a language is a repository of memories. Similarities between items lead to generalizations then used to generate new expressions. He makes a compelling contribution to understanding language and the operations of the mind. The book will appeal to linguists, philosophers, and cognitive scientists. Tables, Figures