The Men from Miami 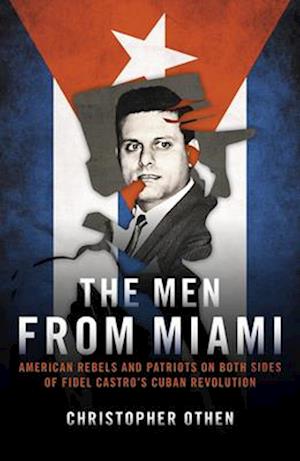 The Men from Miami is a real-life Cold War thriller about the Americans who fought for Fidel Castro in the Cuban revolution - then switched sides to try to bring him down. This larger-than-life assortment of adventurers and misfits wreaked havoc across the Caribbean as they fought for and against Castro, then went on to be implicated in President John F. Kennedy's assassination, a failed invasion of 'Papa Doc' Duvalier's Haiti, and the downfall of President Nixon.Back in 1957, Fidel Castro was a hero to many in the United States for his battle against Cuba's dictatorial regime. Two dozen American adventurers joined his rebel band in the mountains, including fervent idealists, a trio of teens from Guantanamo Bay naval base, a sleazy ex-con who liked underage girls, and at least two future murderers. The rebels' eventual victory delighted the USA - but then Castro ran up the red flag and some started wondering if they'd supported the wrong side.Many of Castro's now disillusioned American volunteers - most importantly Frank Fiorini, who would become infamous for his role in the Watergate burglary, and Alex Rorke, whose mysterious 1963 disappearance remains unsolved - changed sides and joined the Cuban exiles who had washed up in Miami. Their numbers swelled with the arrival of amateur mercenaries from across America ready to drink beer and fight communism. Meanwhile, CIA agents were training Cuban paramilitaries in the Everglades and working alongside the Mafia to assassinate Castro.The Cold War had arrived in Florida, and things would never be the same again.

Forfattere
Bibliotekernes beskrivelse The Men from Miami is a real-life Cold War thriller about the Americans who fought for Fidel Castro in the Cuban revolution - then switched sides to try to bring him down. 8pp; 8pp