The Men Behind the Medals 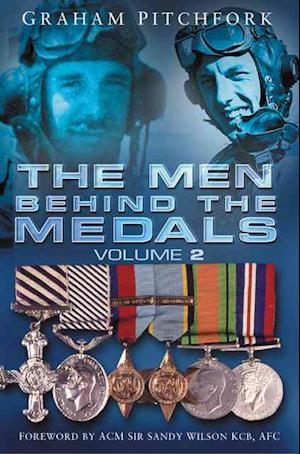 Using medal groups as a starting point, chosen for their unique combinations of gallantry and campaign awards, Graham Pitchfork reviews the fascinating flying careers of 20 Allied airmen who flew combat operations during World War II, across a wide cross-section of operational roles, theatres, aircraft types and aircrew categories. They include a Wellington bomber gunner who was shot down on the first thousand-bomber raid and evaded capture through Spain; a Beaufighter pilot on anti-shipping operations over the Aegean Sea; a Battle of Britain Hurricane pilot who later flew from Java and escaped to Ceylon in the face of the Japanese advance; and a Wellington navigator who took part in air drops to Yugoslav and Greek partisans, including a night field landing outside Warsaw behind enemy lines. Each chapter is accompanied by photographs of the subject, relevant aircraft types and operational activities in which the subject was involved, plus rare "action" shots. There are examples of flying gallantry awards such as the DSO, DFC, AFC, DFM and AFM, as well as numerous foreign gallantry awards like the Polish Cross of Valour and Belgian Croix de Guerre.