The Medieval World of Isidore of Seville 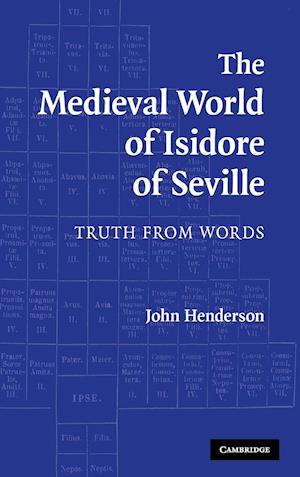 In his Etymologiae, St Isidore of Seville put together a systematic survey of the world in the form of a vast thesaurus of Latin vocabulary, which supplies a more or less accepted or fanciful etymology for each term. It became one of the most influential books of European culture through the whole medieval period. This Latin 'Roget' is traditionally used as a reference work, accessed through an elaborate index system. In this book Professor Henderson, the most challenging critic writing on Latin literature and Roman culture, presents a full reading of all twenty books of the Etymologiae, showing how the material is sequenced so that its reader is treated to a thoroughgoing education in the world as it was apprehended in Jewish, Graeco-Roman and Christian culture. All Latin, including etymologies, is translated.