- Narrative Poetics in the Story of the Swan Knight 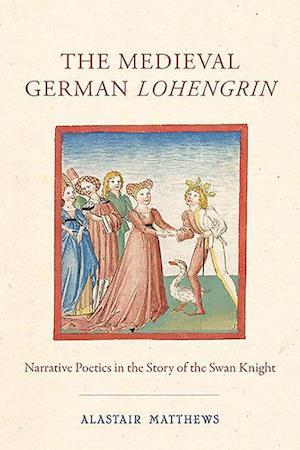 The tale of the mysterious knight carried across the water by a swan to the woman he saves and marries is one of the great narrative traditions of the Middle Ages. The version in the German Lohengrin (ca.1300) is perhaps the most striking. It captures the imagination with the appearance of the epic poet Wolfram von Eschenbach as narrator, the changing forms of the swan, and Lohengrin's appearance as a warrior alongside Saints Peter and Paul. In the past, however, Lohengrin has been dismissed as an awkward amalgamation of earlier sources - partly due to more recent retellings of the material, such as Wagner's opera. This first monograph on Lohengrin in English presents a new response to the challenges the text poses. It is a study of how we read narrative across temporal distance, and at its heart lies the question: if a story is not held together by the chronological and causal links characteristic of modern narratives, how does it cohere? Alastair Matthews analyzes both the invocations of Wolfram that frame the text and the story of the Swan Knight that they enclose, arguing that Lohengrin is defined by a web of connections in which questions of identity and recognition are crucial, and thus that the themes at the core of the tale govern how it is told. Alastair Matthews, DPhil Oxford, is a Marie Curie Research Fellow at the Centre for Medieval Literature, University of Southern Denmark.

Forfattere
Bibliotekernes beskrivelse The first monograph in English on the German Lohengrin, offering a new response to the challenges posed by the text.