indgår i serie A Venetian Mystery 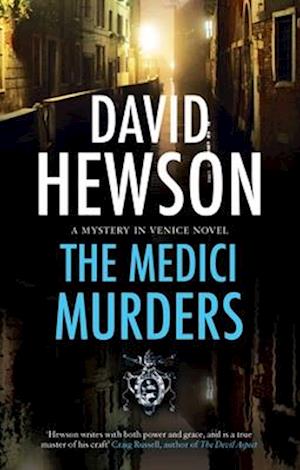 When a well-known British TV historian, Marmaduke Godolphin, is found murdered in the canals of Venice during carnival, stabbed by a stiletto blade, the Venetian police are eager to have the case solved and cleared up within a day - murder is bad for tourism!The police recruit the help of retired archivist, Arnold Clover. Godolphin had hired his services on arriving in Venice to help sort through some historical papers of note. These dusty documents may contain previously unknown information about the assassination of the murderer, Lorenzino de' Medici, 500 years previously. How coincidental that Godolphin meets his death in the same place as the Medici murderer, Lorenzino, on a cold, dark, bloody night. Can Arnold use his powers of perception to establish a link and solve the murder of Godolphin?