The Meal of Fortune 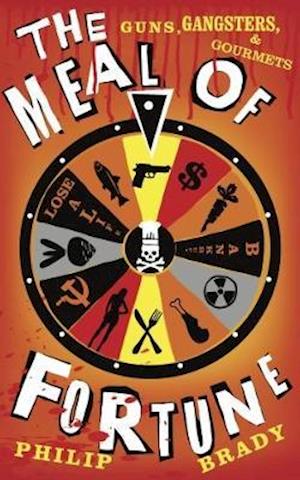 Failing celebrity agent Dermot Jack thinks his luck might have turned when a mysterious Russian oligarch hires him to represent his pop star daughter.Disaffected MI5 officer Anna Preston is just as happy to be handed the chance to resurrect her own career.Little do they know that their paths are about to cross again after seventeen years as they're thrown together in a desperate attempt to lure a notorious arms dealer into a highly unusual trap.Hard enough without having to deal with the lecherous celebrity chef trying to save his daytime TV career or the diminutive mafia enforcer who definitely has his own agenda. Then there's the very impatient loan shark who 'just wants his money back'. And Anna's bosses are hardly playing it straight either.But one thing's for sure. There'll be winners and losers when the Meal of Fortune finally stops spinning. Oh, and another thing, Anna and Dermot are absolutely not about to fall in love again. That's never going to happen, OK?