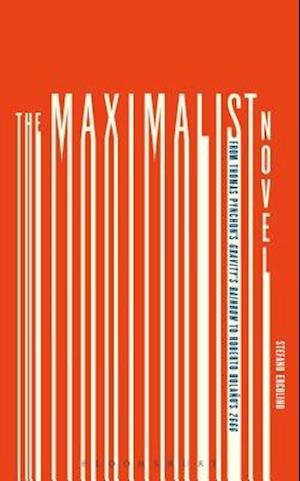 The Maximalist Novel sets out to define a new genre of contemporary fiction that developed in the United States from the early 1970s, and then gained popularity in Europe in the early twenty-first century. The maximalist novel has a very strong symbolic and morphological identity. Ercolino sets out ten particular elements which define and structure it as a complex literary form: length, an encyclopedic mode, dissonant chorality, diegetic exuberance, completeness, narrratorial omniscience, paranoid imagination, inter-semiocity, ethical commitment, and hybrid realism. These ten characteristics are common to all of the seven works that centre his discussion: Gravity's Rainbow by Thomas Pynchon, Infinite Jest by David Foster Wallace, Underworld by Don DeLillo, White Teeth by Zadie Smith, The Corrections by Jonathan Franzen, 2666 by Roberto Bolano, and 2005 dopo Cristo by the Babette Factory. Though the ten features are not all present in the same way or form in every single text, they are all decisive in defining the genre of the maximalist novel, insofar as they are systematically co-present. Taken singularly, they can be easily found both in modernist and postmodern novels, which are not maximalist. Nevertheless, it is precisely their co-presence, as well as their reciprocal articulation, which make them fundamental in demarcating the maximalist novel as a genre.