indgår i serie The Mathematical Papers of Sir Isaac Newton 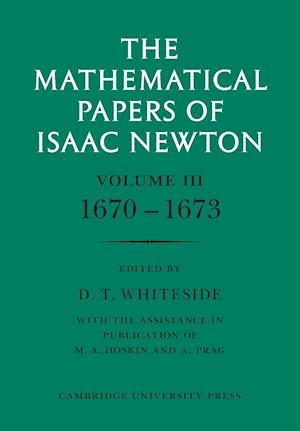 The main part of the third volume of Dr Whiteside's annotated and critical edition of all the known mathematical papers of Isaac Newton reproduces, from the original autograph, Newton's elaborate tract on infinite series and fluxions (the so-called Methodus Fluxionum), including a formerly unpublished appendix on geometrical fluxions. Ancillary documents include, in Part 1, papers on the integration of algebraic functions and, in Part 2, short texts dealing with geometry and simple harmonic motion in a cycloidal arc. Part 3 reproduces, from both manuscript versions of Newton's Lectiones Opticae and from his Waste Book, mathematical excerpts from his researches into light and the theory of lenses at this period. An appendix summarizes mathematical highlights in his contemporary correspondence.