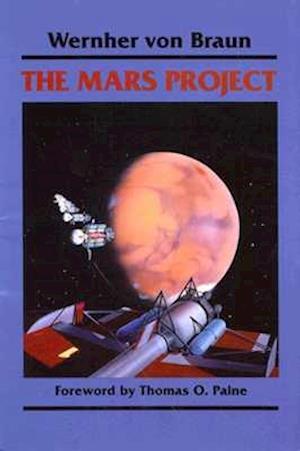 This classic on space travel was first published in 1953, when interplanetary space flight was considered science fiction by most of those who considered it at all. Here the German-born scientist Wernher von Braun detailed what he believed were the problems and possibilities inherent in a projected expedition to Mars. Today von Braun is recognized as the person most responsible for laying the groundwork for public acceptance of America's space program. When President Bush directed NASA in 1989 to prepare plans for an orbiting space station, lunar research bases, and human exploration of Mars, he was largely echoing what von Braun proposed in The Mars Project.

Forfattere
Bibliotekernes beskrivelse A reprint of the 1953 U. of Illinois Press edition, itself translated from the 1952 German edition (Bechtle Verlag, Esslingen). A forward look at interplanetary space flight, based on von Braun's experience working first for the Nazis and then for the US Army. With a new foreword by former NASA admi