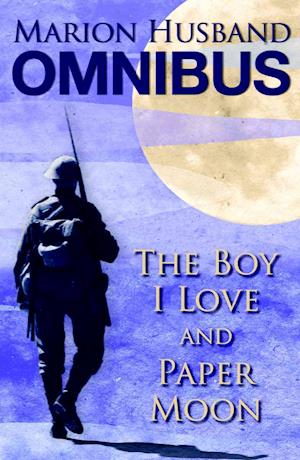 The Boy I Love is superbly written with engaging characters that are simultaneously strong and weak, compassionate and flawed. Set in the aftermath of World War One when Paul Harris, still frail from shellshock, returns to his father's home and to the arms of his secret lover, Adam. He discovers that Margot, the fiancee of his dead brother, is pregnant and marries her through a sense of loyalty. Pat Morgan, who was a sergeant in Paul's platoon, runs a butcher's shop in town and cares for his twin brother, Mick, who lost both legs in the war. Pat yearns for the closeness he experienced with Paul in the trenches.Set in a time when homosexuality was `the love that dare not speak its name' the story develops against the backdrop of the strict moral code of the period. Paul has to decide where his loyalty and his heart lie as all the characters search hungrily for the love and security denied them during the war.Paper Moon, the second book, based in World War Two follows the life of Spitfire pilot Bobby, son of Paul and Margot. Badly burnt and disfigured he retreats from Bohemian Soho to the empty house of his grandfather. A house haunted by the secrets of his childhood and a place where the mysteries of his past are gradually revealed.

Forfattere
Bibliotekernes beskrivelse For the first time The Boy I Love and Paper Moon are combined in an omnibus edition that will delight the many fans of Marion Husband.